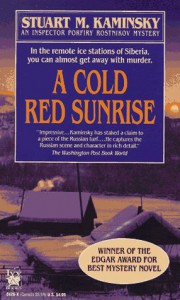 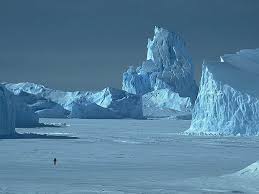 Another 2013 discovery, as far as I'm concerned. Never heard of the guy, so everything came as total surprise. Sometimes it pays off to read something quite unexpected.

I've been digging up all of the Edgar Awards. Before getting hold of the complete list, I thought I knew everyone there was to know on the Crime Fiction Scene. Not so.

One of the things that surprised me was the portrayal of Siberia, which is quite mesmerizing. It captures an undeniably beautiful world frozen in time, not taking notice of the passing hordes of barbarians or Communists. Kaminsky is also wonderful at presenting the intrigue, the atmosphere and the complexities of Moscow during and after the fall of the Iron Curtain.

The use of arctic for mysteries was relatively rare in the past, as far as I'm aware. Now we have Boris Akunin and the likes (Scandinavian Crime Fiction). In 1989 I don't remember anything remotely similar.

I've been always a sucker for the use of "place" as a literary device. The setting, the place, the local geography in many cases is as important as the plot. It is fair to say that the geographical elements set these novels apart and account for a large part of their popularity. For me that's one of the explanations for the Scandinavian Crime Fiction recent popularity, which sometimes also uses the geography artifact as a character as well and to good advantage (vide Arnaldur Indridason's novels set in Iceland).

There's something about these frigid landscapes that makes the Crime Fiction setting ideal for it.

Stuart M. Kaminsky was not on my radar. Now he is. Rostnikov is also very fond of Ed McBain novels... What's there not to like about a guy like him?

There was only two quibbles: Plot predictability and one of the sub-plots taking place in Moscow does not seem to add anything new to the novel.

Now I've got to find out whether there are any more of these Rostnikov's novels out there.
Tweet