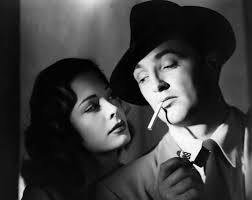 With each book I'm getting convinced that Burke's books are more than meets the eye Crime-Fiction-wise.

I'm also starting to realize that I don't read Burke for the plotting, which is almost non-existent, by detective story standards, ie, he is barely competent in that area. But what he lacks in terms of plotting skills, he gains by using his books as a vehicle for serious comment on society, specifically the Southern one.

Along the lines of Gonçalo M. Tavares books, James Lee Burke also writes using aphorisms. In this book it's not so pronounced as it was in "Neon Rain". I still remember one of "lines" that impressed me the most: "I don’t like the world the way it is, and I miss the past. It’s a foolish way to be.” (or something roughly similar).

In the first two novels I've read, Robicheaux reasserts the “mature” wisdom of Burke's aphorisms, as though he, after the intense turmoil depicted in the novels, finally achieves something like inner peace — with himself and with the world he does not like.

I find some likeness between P.D. James and James Lee Burke, namely the fact that my main interest in Dalglish and Robicheaux lies not in the answers these two main characters give us but in the sort of persons they're and the answers they'll find for themselves, in their own lives. As I've stated again and again in several reviews, what interests me are neither the plotting contraptions nor the solving of mysteries. That's neither here or there.

Unlike what happened with the Matthew Scudder series by Lawrence Block, where I almost read them in one sitting, I'm going to limit myself to one or two Robicheuax's books a year...
Tweet