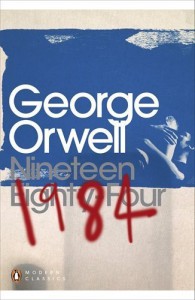 Do you think it matters greatly that Orwell may have plagearised a good portion of "Nineteen Eighty-Four" because of the significance of the novel? Funny how soon this novel has passed the 60 years mark and we're just now "finding this all out". In our world - the age of the internet, it seems these things are found out immediately.

I was always aware that "Nineteen Eighty-Four" was about Russia/Soviet Union given his experience fighting on the communist side during the Spanish Civil War and all that entailed. Due to the Stalinists executing the Trotskyites (the POUM) on whose side Orwell fought, he left Spain after almost being murdered himself disillusioned with Communism altogether.