Painting on a Small Canvas: "Mansfield Park" by Jane Austen 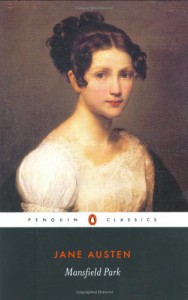 "Here's harmony!" said she; "here's repose! Here's what may leave all painting and all music behind, and what poetry only can attempt to describe! Here's what may tranquilize every care, and lift the heart to rapture! When I look out on such a night as this, I feel as if there could be neither wickedness nor sorrow in the world; and there certainly would be less of both if the sublimity of Nature were more attended to, and people were carried more out of themselves by contemplating such a scene."

In “Mansfield Park” by Jane Austen

Many eons ago I was reading Austen's "Mansfield Park" in high school when the leader of a group of teenagers commented on the "puff with the specs reading girlie books." I paid him no mind at that particular moment. I waited till I could catch him alone in the playground without his bunch of cronies around him. I asked him then if he'd care to repeat what he'd said before. He said he didn't.

The old adage you can't judge a book by its cover surely applies to the title as well. What's next? Nick Hornby's "About a Boy" should only appeal to paedophiles? "Animal Farm" to sheep-shaggers (or more accurately pig-shaggers). Such immature, hating comments belong in the 1970s.